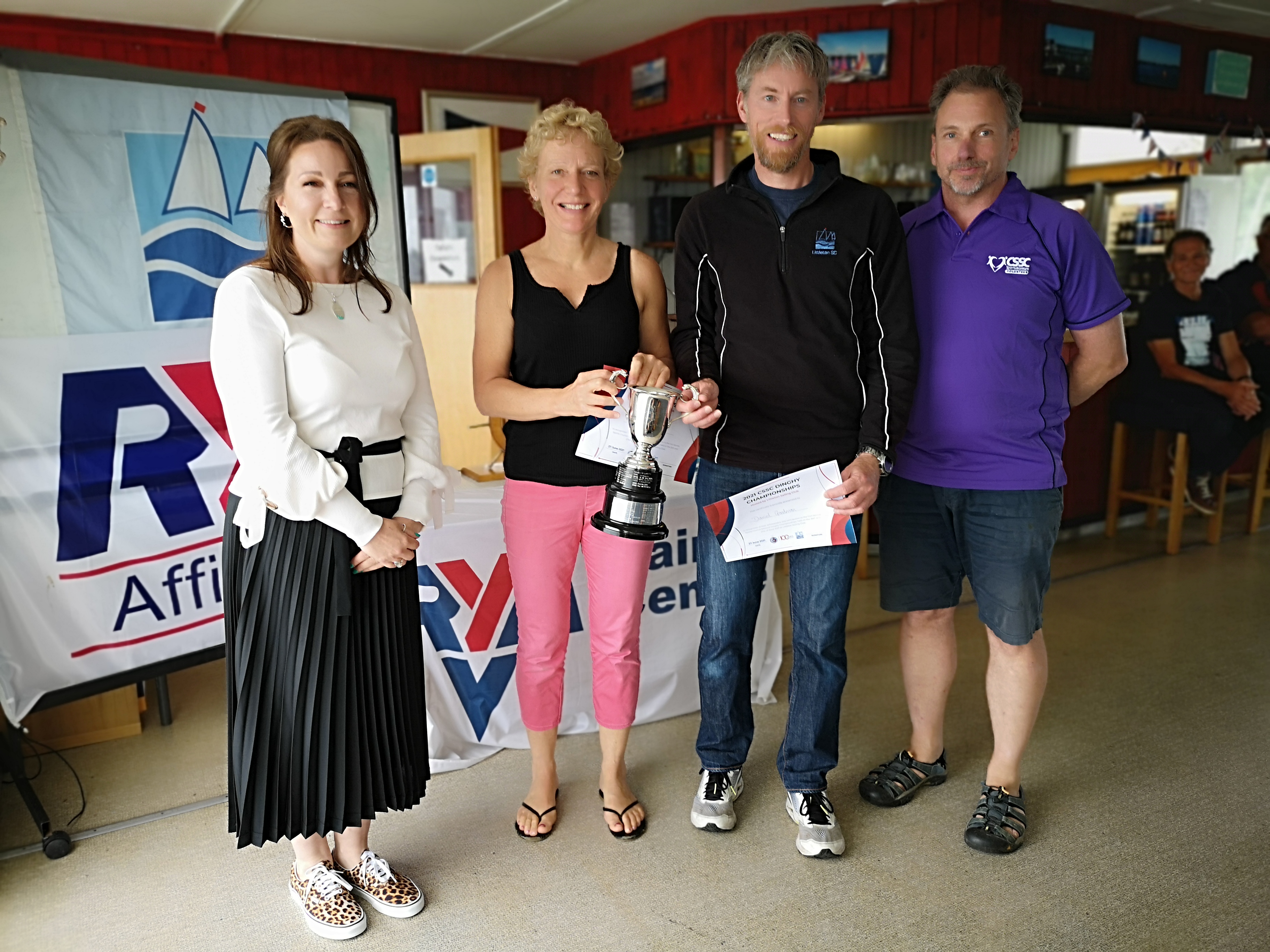 The 2021 CSSC Dinghy Championships were held over the weekend of 26– 27 June at Littleton Sailing Club. Separate rookie and championships fleets enabled a range of participants to take part from Littleton youth sailors and racing newbies, through to experienced dinghy racers.

Conditions were dry for Saturday’s races with light winds, however Sunday saw more challenging conditions with gusts up to 22mph.

A determined Senna Hillier-Davis triumphed in the rookie fleet, despite only having started sailing when she joined the Littleton Juniors in April 2021.

Whilst in the championship fleet, Cameron Currie won the trophy for best single handed sailor in his Laser, achieving a second place finish in the first 5 races and grabbing victory in the last race. Mika Colombi was delighted to retain the Junior Cup as the best placed youth sailor, achieving 3rd position overall in his racing Optimist.

Congratulations to Dan Goodman and Debbie Clark, who retained their trophy convincingly with the overall win in their RS200, finishing all but one of the 6 races in first position. The CSSA team trophy, the ‘Littleton Bell’, was won by Littleton Sailing Club.

The participants enjoyed a hearty championship dinner on Saturday night, with musical accompaniment by  Lance Jones and a quiz. Their efforts were further rewarded with a prize giving afternoon tea on Sunday, where trophies and certificates were presented by Wendy Eley, Group Operations Director at Civil Service Sports Council.

Thanks to all the volunteers involved in helping to make the event such a success and a special thank you to Andrew Selves for making it happen.

This site uses Akismet to reduce spam. Learn how your comment data is processed.